OUT AND ABOUT WITH SCOUT -POST COVID RAMBLE WITH SOME LOCAL HISTORY THROWN IN.

It must be over a month since I caught covid and I still feel like shit. I literally have no energy or motivation, or at least that's the way it's been up until now. Today I've drawn a line in the sand and the fight back starts right here, right now. Having said that I have to say my heart goes out to those who are in the same position as me only they still have to go  to work. Yes they might (as I did) test negative, but that doesn't mean they're right. It's only in the last few days that my brain decided it was time to get back into gear, up until then I was the closest thing to a zombie there has ever been. I think working on a daily basis  would have been very difficult.

Life goes on though  and sitting in the house feeling sorry for ones self isn't the way to go. The longer you sit, the worse you feel. Ironically the weekend I became ill with covid I had planned to undertake a walk of up to fourteen miles which would have been the longest since I was diagnosed with Sarcoid back in 2016. Needless to say today's walk was not going to be anywhere near as far and there was more than a little trepidation when Scout and I set off into the breezy sunshine. Under normal circumstances my wife would have dropped us off some three or four miles away on her way to work and we would walk back. Not today. Today was to be a short two mile walk from the house.

I suppose I'm lucky living as I do on the very edge of town and  within a few minutes of setting off am walking in the beautiful Durham countryside. Beautiful and yellow as it turns out as we seem to be surrounded by a sea of oil seed Rape. 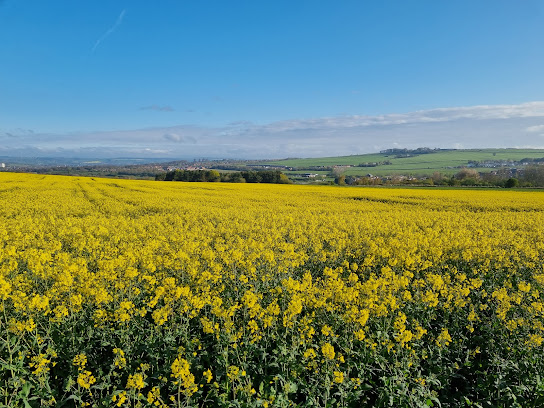 This morning we set off walking north toward Eldon on what was the Black Boy Line. This was a branch line running from the Stockton and Darlington Railway in Shildon to the Black Boy Colliery in Eldon. Originally it was horse drawn with young boys leading trucks similar to the one shown below up the steep gradient. Once at the top the boy and pony would unhitch from the loaded truck and ride an empty one back down the hill. Unfortunately not all lived to tell the tale. 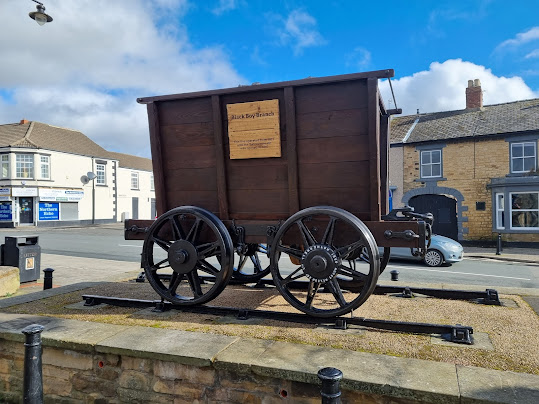 After descending four hundred yards or so down the old track bed we branched off to the left toward Busty Terrace and crossed over the top of Shildon Tunnel, once again surrounded by a never ending sea of yellow contrasted by some very nice tree blossom. 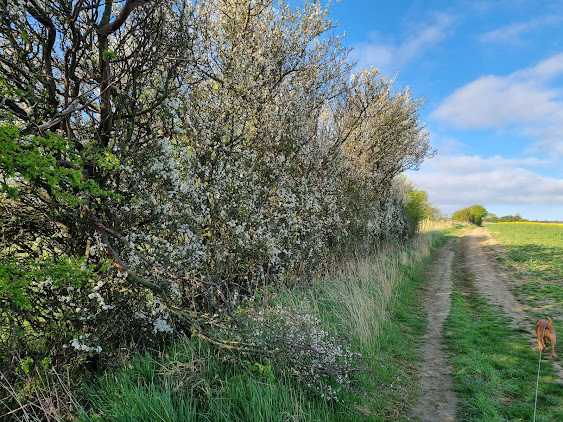 I often wonder if those who walk this path through this very rural countryside know how very different it was in times gone by. To be honest it's hard to think where there are now fields there were slag heaps, pit heads and coke ovens. One things for sure if you stood in the same place at the turn of the twentieth century I don't think the air would have been anywhere  near as fresh as it is today, the coke ovens alone would have seen to that. 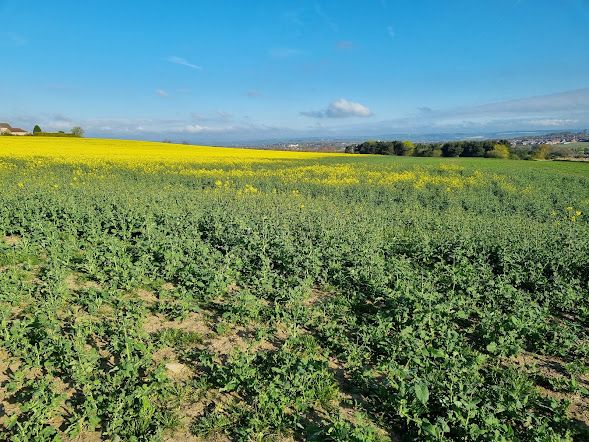 The site of the former Adelaide Colliery and it's attendant coke ovens. Adelaide was worked from 1830 to 1924 and was originally owned by Joseph Pease. Joseph's father being Edward Pease one of the founding members of the Stockton and Darlington Railway. The whole concept of the railway was to move coal quickly and economically to factory's owned by the Pease family and their associates as well as markets further afield. Prior to it's completion in 1825 industry relied on either canals or being water connected to the sea. Sadly life and working conditions were harsh back then and these pleasant fields saw more than their fair share of accidents. If you look up Adelaide Colliery on Durham Mining Museum's website they list at least 48 men and boys who are known to have been killed working this pit. 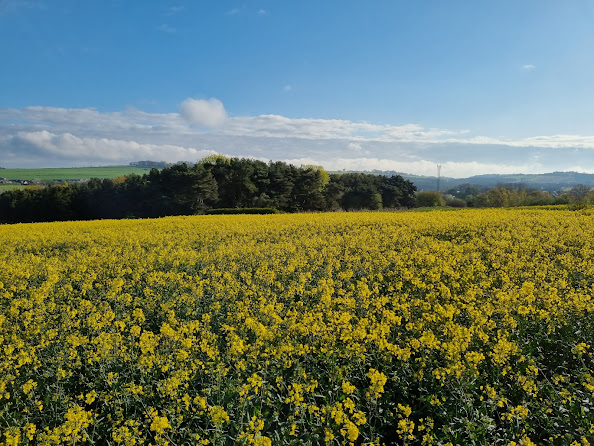 Where there are now trees  there were once coke ovens and railway sidings. In the 1890's over 200 hundred men worked here and in the adjacent mine. The northern end of Shildon tunnel. The tunnel was opened in 1842 and was meant to by pass the Black Boy Line which was now worked by ropes and steam operated winches which were sited close to Rose Cottages at the top of Eldon bank. Bizarrely the tunnel originally had two tracks running side by side throughout its 1225 yard length. I say bizarrely as although there were two tracks there wasn't enough room for two trains to pass and not surprisingly it was reduced to a single track. The opening of the tunnel and subsequent linking up with the original Stockton and Darlington line near West Auckland also saw the end of the Brusselton incline  section which was now redundant. The Black Boy Line however, lived on until 1930.
Anyway I hope some of you found this small ramble interesting. Writing it has certainly helped to get my brain working again, even if it is at a reduced pace. For those that are interested I have attached a small map below. 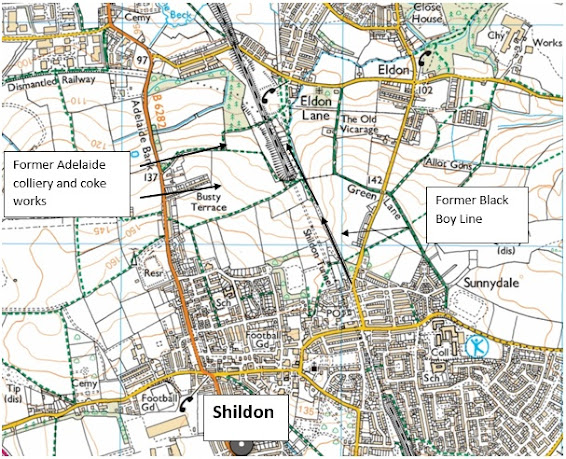