Out and about with Scout - Finding a freshly dug grave.

Just thought I would share a strange experience i had a couple of weeks ago before catching Covid. This occurred on one of my morning walks when I stumbled on what to all intents and purposes looked like a freshly dug grave. I actually tweeted about it on twitter, but owing to the limited number of words per tweet couldn't really say a lot. Basically three or four mornings a week my wife drops Scout and I off on her way to work and we walk back. On this particular Friday she dropped us off as normal and we headed off into the County Durham Countryside to the South West of Shildon.

Our route involves walking a mile along a farm track before dropping down a steepish descent which runs alongside a wood. It's fair to say walking it as often as we do any sudden changes to the landscape stand out like a sore thumb and that's exactly what happened on this day. On rounding a corner of the wood I was confronted with obvious signs of recent digging., the first thought running through my mind being WTF is that? The closer I got the more suspicious I became, especially as the excavation was in the centre of the path. Don't get me wrong this particular footpath probably only see's half a dozen walkers per day if it's lucky, but still...

On closer inspection the excavation was roughly six foot long and three foot wide and whoever had dug it had made some attempt to cover it with turf they cut when digging the hole. Then I got a whiff of something not nice, it wasn't overpowering by any means, but it was a smell I'd come across before a few years  ago when I used to live next door to a cemetery. On that occasion the grave diggers were opening a grave for a second coffin, an old couple having died within two or three months of one another. Unfortunately the gravediggers put the bucket of their mini excavator through the coffin which was already in situ and those of us who lived nearby were treated to a God awful  stench of the type which once experienced is never forgotten. Standing there on the hillside I couldn't say for sure whether the smell was emanating from the excavation or the nearby woods as there was a light breeze. 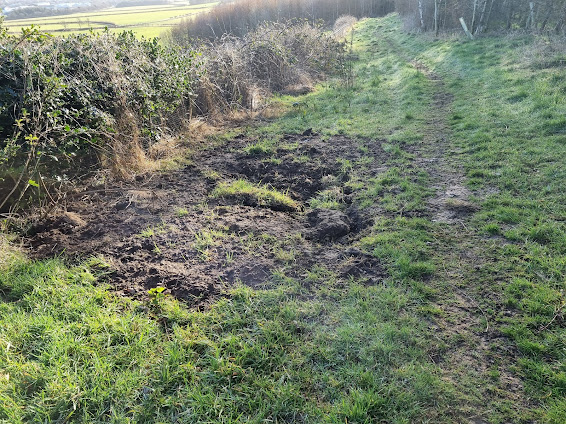 The excavation. What thoughts would go through your mind if you came across this and knew it wasn't there two mornings ago. 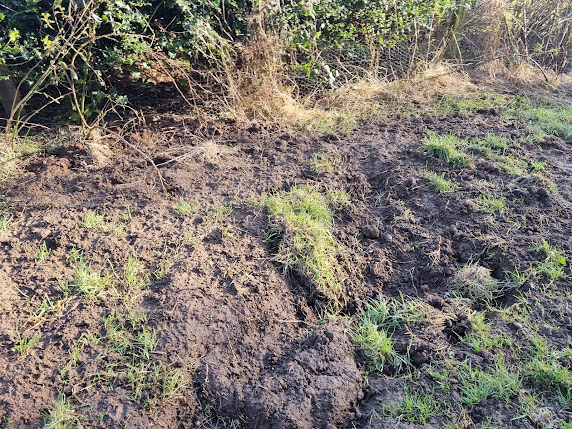 I think it was the smell which convinced me in my own mind to call the Police. As I said to them it's probably nothing and could be something as innocent as somebody burying their pet dog on a favourite walk. Far from being ridiculed the Police took me seriously and I emailed them maps showing the location along with the above photographs. Needless to say I never heard back from them, even though when I walked the same route  three or four days later there were obvious signs somebody had investigated the site. I'll be honest and say I was feeling a bit stupid for wasting Police time until I spoke to a fellow dog walker who had also come across the excavation in similar circumstances to me  and said it looked as dodgy as hell. As an aside the photograph below was taken at the same spot  earlier in the year and I must have more or less have been standing where the hole was to have been dug. 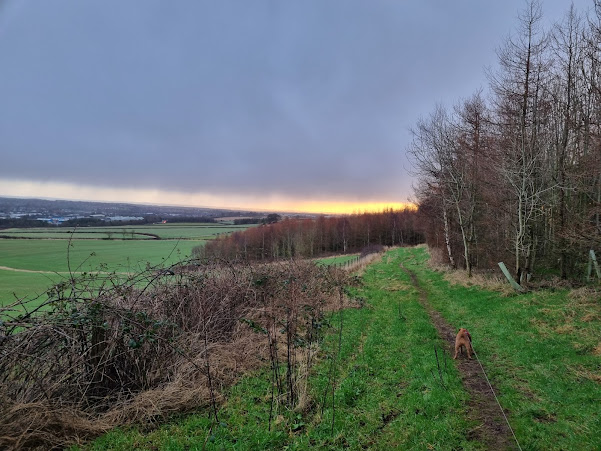