out and about with scout 2nd of January 2022

Today is the first time I've ventured outside for three weeks. Not through choice might I add as believe me there's nothing I hate more than being stuck inside. Unfortunately I was struck down with a nasty chest infection which didn't sit well with my Sarcoid symptoms and for me much of December was spent trawling through the black hole otherwise known as YouTube.

As is par for the course in the North East of England at this time of year the weather is dire. It rains a lot here and everywhere is cold and damp. Consequently many of the footpaths which are a joy to walk on in the summer are now a muddy morass. Fortunately there are a network of disused railways in County Durham which have been repurposed as multi user footpaths/cycle ways. One of these, the Bishop Auckland to Brandon railway path, is relatively close by and this is where we headed to today.

The path starts at the northern end of Newton Cap roundabout on the A689 next to the entrance to the Kynren complex. There's a small (free)  car park which holds something like ten cars. Leading out of the car park is the main path which runs along the former railway track bed to Brandon. It's not the only path though, and there's another to the right of the fenced gate which leads down to the base of the viaduct where it joins the Weardale Way.

It's a good place to walk and there are many public footpaths on both sides of the old railway giving the walker a wide range of options and distances to choose from. 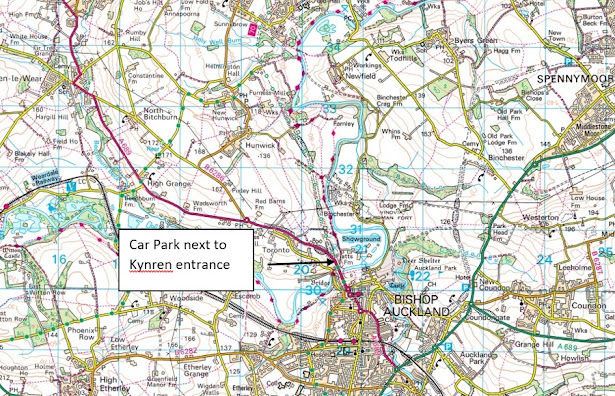 Normally Scout and I will walk here two or three times a week usually over a distance of between four to six miles. Today's walk was much shorter  at a little over two miles and involved walking north on the railway path before making a right turn and following the River Wear back to the viaduct. 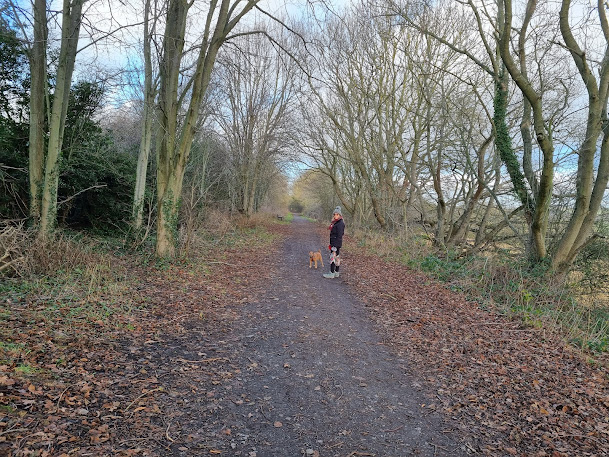 Scout and Senior Management on the Bishop Auckland to Brandon railway path. 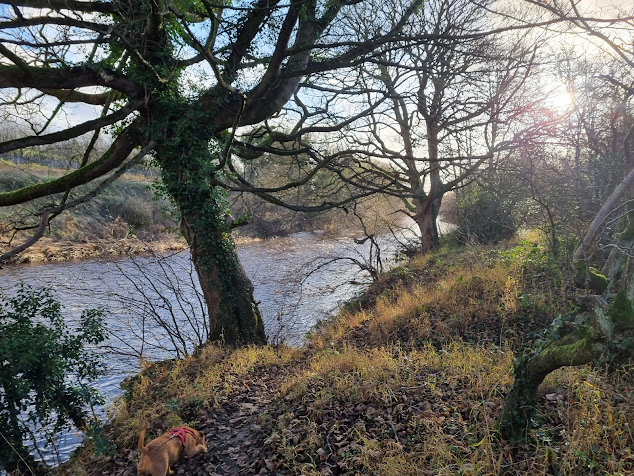 The River Wear with Scout April moments before she managed to get herself tangled up in the undergrowth. 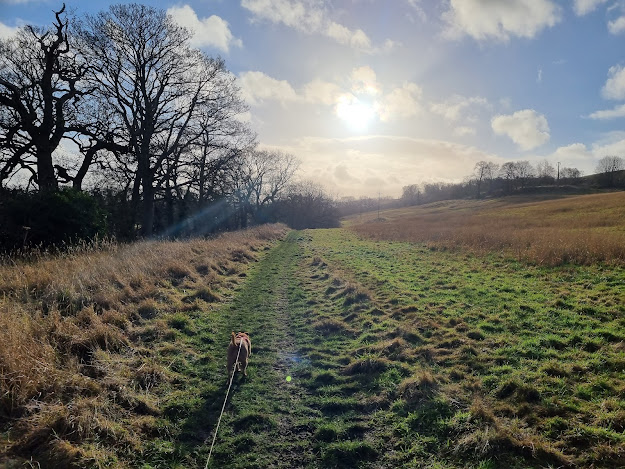 If anyone's wondering why Scout is always on the lead it's because she's a Patterdale/Lakeland cross and its in her nature to hunt. One sniff of a Rabbit and we would never see her again. 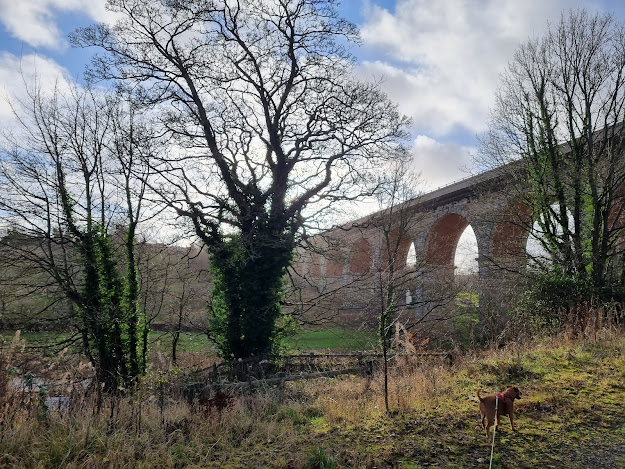 Newton Cap viaduct carries the A689 over the river Wear to the north of Bishop Auckland. Built in 1857 as a railway viaduct it has a total of eleven arches which tower a hundred foot over the river below.

OFF THE TRACKS - DERAILMENT IN NORTHALLERTON AUGUST 1979