My experience with Sarcoid is that it sucks the life out of you. Or at least that's how it feels, especially in the beginning. It's like living life through an energy sapping fog which has both physical and mental ramifications. As I mentioned in part one for me it was akin to becoming an old man of ninety over night which for someone who had been so active was a huge mental blow. All I can say is if you have recently been struck down by this horrible disease you need to stay strong and as hard as it is, focus your mind.

I know from my own bitter experience this is easier said than done, but I am writing this with five years hindsight and if I knew in 2016 what I know now my outlook on life would have been a little different. As I have said before the key is not to let your head drop, which once again I know isn't easy, but you have to keep motivated and find an outlet. Initially for me this was writing and model making, both of which I still do. It wasn't enough though and having spent my life either cycling or walking I needed to get out and fill my lungs with fresh air.

Eight months ago I started walking again and by this I mean taking the dog every day around some of the local  foot paths. Initially I set myself a goal of five miles per week, which doesn't sound a lot to a fit person, but was far enough for me. Gradually I built this up, increasing to seven then ten miles a week. Believe me this wasn't easy and it was hard to stay motivated when at the end of an hours walk I was panting away like an old steam train. To say nothing of the aches and pains in my ankle joints.

On some days it would have been all too easy to say I won't bother which would have been fatal as one day's inactivity quickly turns in to two and before you know it a week has gone by. Basically motivation is the key and I think recognizing this is an important step. It doesn't matter whether you walk, swim or collect stamps to keep your body/mind active you need to keep motivated. It's all too easy today to fall into the trap of sitting watching the TV or endless Youtube videos. Take it from somebody who's been there and got the T shirt.

Obviously not every body is of the same mind set and what motivates one might not motivate another, the point is if you know what motivates you use it to your advantage. I for one like to set myself goals and am also a bit of a data anorak. Something which goes back to my cycling days. To this end I bought myself a Fitbit Inspire HR health and fitness tracker which is worn like a watch on ones wrist.

This is a basic exercise tracker, but for me with my particular mindset has proved invaluable. It has a number of functions such as counting steps, recording sleep patterns, resting heartbeat and time spent in exercise zones. In addition the Fitbit app has a GPS tracker and records my daily walks which really appeals to my mind. Don't get me wrong, this is not an advert for Fitbit, but purely an example of using something which works for me as a motivational tool. 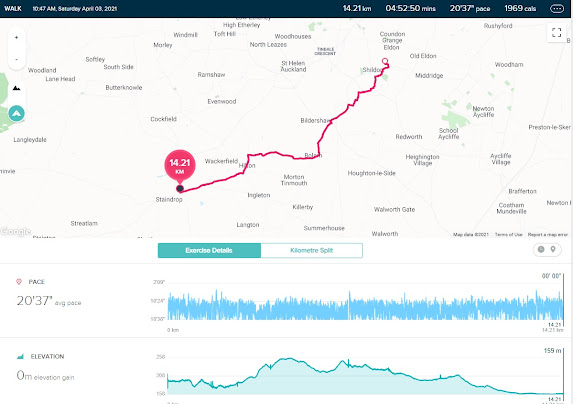 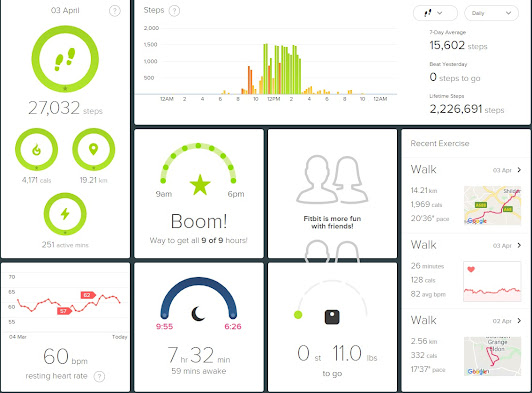 Some of the data available on the Fitbit app.

I do of course have another motivational tool in the form of my four legged friend who sits by the front door every morning waiting for her walk. 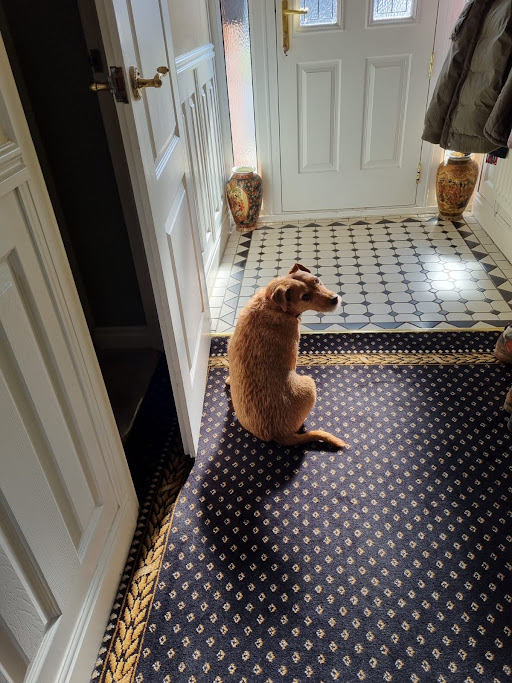 The upshot is eight months later both Scout and I are a lot lighter, healthier and fitter and our weekly mileage is up to twenty five miles. We've also managed some relatively long individual walks of up to ten miles. For me these have been physically demanding and my joints have ached for days afterwards. Mentally however they have done me a power of good and I am in a far happier place than I was this time last year.