Back into lock down (have we ever been out?)

So that's the UK back into lock down, not that it makes much difference to the likes of me who have been under self imposed lock down since March. It's probably just as well as over the last month my underlining illness has given me a real kicking and it's been an effort just to get through the day let alone do anything creative. Having said that I did get a little done on my model Panzer IV so for those of you who didn't believe I was building a Maybach HL120 engine in my garage here's a few pics. 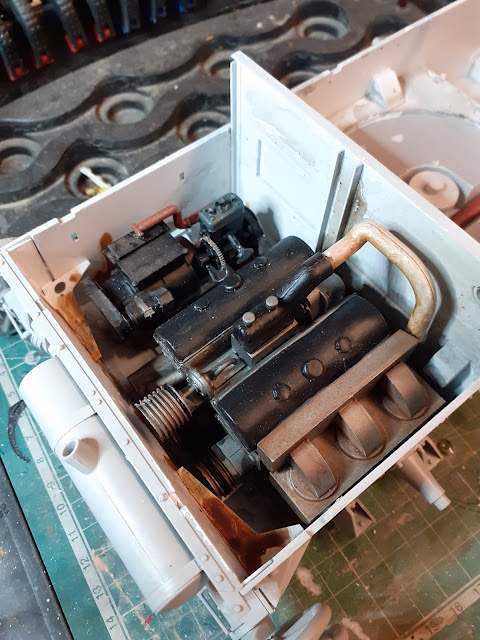 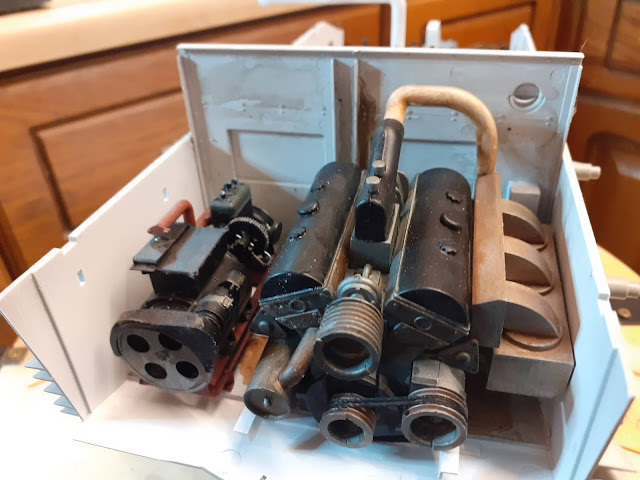 Seriously though, and I know I've said it before, modelling is an excellent therapy for those of us who suffer with a debilitating illness. Be it physical, mental or a combination of both. It doesn't matter how good you are at it, it's more the way the process of building something stimulates your mind and gets the cogs turning again. Two/three weeks ago I barely knew my name, but over time doing a little on this day by day helped me get back to normal. Or as near as I'm going to get.

On another note I recently discovered one of my great, great grandmothers Christmas cake recipe's. This came about when I was reading one of my grandmothers journals and found it under the heading Grandmothers Christmas Cake Recipe. Unfortunately gran doesn't say which of her grandmothers this belongs to. I know from my research into our family tree one was a crofter from the Isle of Mull where as the other was a Cook on the Wynyard Estate near Hartlepool. I tend to lean toward the latter.

To cut a long story short I thought it might be nice to resurrect the recipe for Christmas 2020. I did speak to my own mother first which was just as well as she said she'd made it in the past and if I followed the instructions to the letter things didn't turn out so well. In part this was because the recipe was originally based on using an old fashioned range (we think it dates to around the mid 19th Century) and my grandmother had tried to alter it to more modern settings for gas and electric. Also tastes have changed over the years as have the way spices such as Nutmeg can be sourced. Back in the 19th Century they were in their raw state and had to be prepared and ground down. Nowadays we buy them from the supermarket in a ready to use state. In many ways this simple recipe was a small window back in time as to how things once were.

Having taken on board my mothers recommendations I set about baking the cake keeping as many of the original ingredients as possible. Remarkably (and nobody was more surprised than me) it turned out quite well. Certainly it smells good and rose perfectly. It's wrapped in foil now and sealed away in a tin whilst your's truly  learns the vagrancies of Royal Icing. 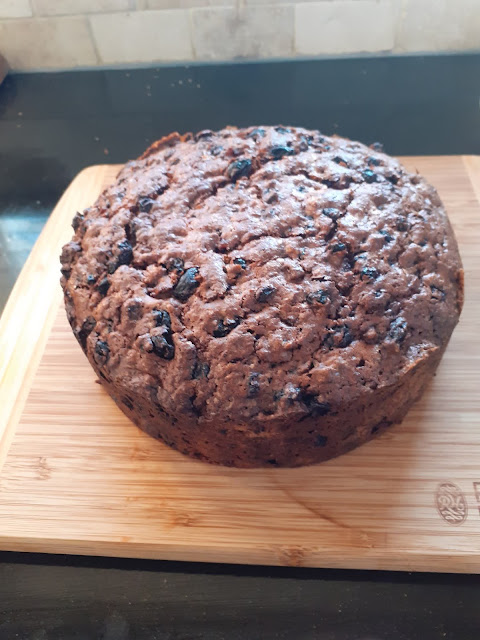 Anyway now that my head is back in gear it's time to do some more writing and try and finish my current WIP before things go south again. Hopefully I will add another short story here soon.