Et Memoria is a poem I wrote back in 2014 in memory of My Great Grand father Charlie Gell. If you have read any of my WW1 based stories such as Chasing Chickens or An Altercation in Achiet you will no doubt have recognized the name. Prior to the outbreak of war Charlie was a stonemason and the Gell family had a relatively decent standard of living. This hadn't always been the case and in his younger days Charlie had supplemented his wage by taking part in bare knuckle fighting, or prize fights. (So legend has it.)

Come the war Charlie had, like so many others, joined up on a wave of nationalist fervor. Because of his back ground as a Stone Mason he was originally in the Royal Engineers, then after a structural  reorganization of the British Army found himself in the Pioneer Battalion of the Kings Liverpool Regiment. This was the 11th Battalion which was all but wiped out during Ludendorff''s 1918 spring offensive. The Battalion was disbanded and the survivors, of which Charlie Gell was one, sent to other Battalions within the regiment. One can only imagine the horrors he must have witnessed during this time...

Subsequently Charlie found himself in the 13th Battalion with whom he served until he was killed near Ecoust St Mein in September 1918. Like so many others Charlie gave his all for his country and his widow, my great grandmother suddenly found herself on her own with her children to fend for and no discernible income. The fact the Country, which had little in the way of a welfare system, could forsake those who had made the ultimate sacrifice for it's survival has always had a profound effect on me. Consequently there aren't many times when I walk past a war memorial without reading some of the names  and remembering these were once people who had lives just like you and me. They should never be forgotten.

To the purists this poem is big and clunky. I don't care. It was written from the heart.

I pondered for a moment

A moment to reflect

A moment of sadness

Who answered the call

Who gave it their all

Men who died far from home

On this monument of stone

Each representation of life

To name but three

Now only names in a family tree.

Your country needs you

They answered by the thousand

By the thousand they would die

Some unimaginable man made hell

By bullet and shell

Not for these men

Who with their lives

All but gone in memory and deed

Names on a stone cross

To make us heed

But as I sigh and turn away

Did I see Charlie Gell gathering in the hay

Did I just catch Geordie Slater singing to his horses

As he followed the plough.

Was that the sound I caught on the wind just now

And was that Bill Scott the Schoolmaster

And his pretty young wife

Strolling down the lane 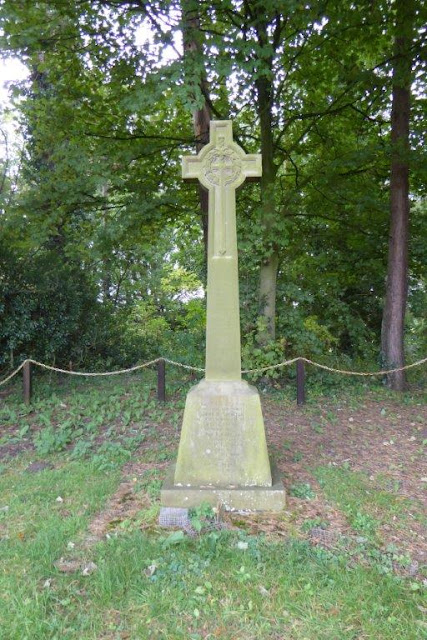